Water, heat and sewage connections are not self-evident far away from built-up areas. Certainly not on a houseboat. If you do succeed, you will make the residents overjoyed. 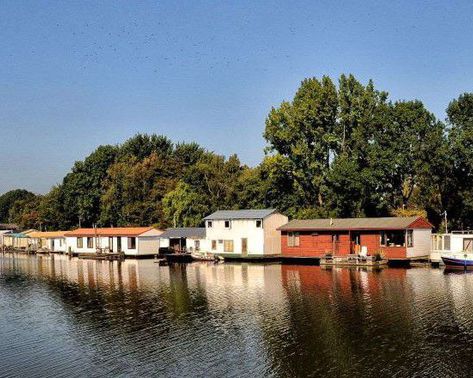 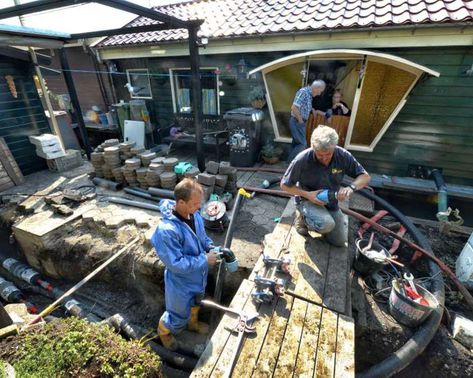 In the spring of 2019, nine houseboats on the river Lek were connected to the water network for the first time. Commissioned by Recreation Board Stichtse Groenlanden, we also added the sewerage system.

The assignment was to construct a main water pipe with a total length of 535 metres. The houseboats were also equipped with a pressurised sewer connection. Laying pipelines for a houseboat requires a completely different approach. ‘We had to do a lot of research into the materials,' says intendent Freek Tijhuis. ‘You want watertight wells at the houseboat, but which one do you choose? And how do you ensure that each houseboat can pay for its own water consumption?’

The river Lek knows low and high tide. ‘In extreme cases there can be a height difference of 2.50 m,' says Freek. That's why we have had to install longer pipes for each houseboat, to compensate for the difference in water level. In order to prevent the excess length from floating, we have installed gravel hoses around the pipe'. Thermal ribbons have been used to ensure that the pipes do not freeze in winter.

For Freek and his team it was once again something different from the usual work in the built-up area. Due to the preliminary investigation and the deviating permit applications, it was not that simple. Both the province and the water board had to give permission for the work in this nature reserve, and it is also a nature reserve. It was a different kind of project, that's nice for us too!'.

Houseboat projects are special, but A.Hak had to deal with them before. In 2014, a number of houseboats on the Wheredijk were given their own connection to the Purmerend District Heating heat network. The pictures with this article are from that project.