The world’s longest hydraulically inserted pipeline has just been completed by A.Hak under the River Humber, in partnership with Skanska and PORR Group. At 5km long and 30m at its deepest point, the pipeline will supply up to 25% of the UK’s gas.

A.Hak is involved in building a new gas pipeline under the River Humber. The operations under this river got inserting of 5km 42” concreted weight coated of pipeline involved. With this operation a world record is broken and this will be registered in the Guinness book of records. 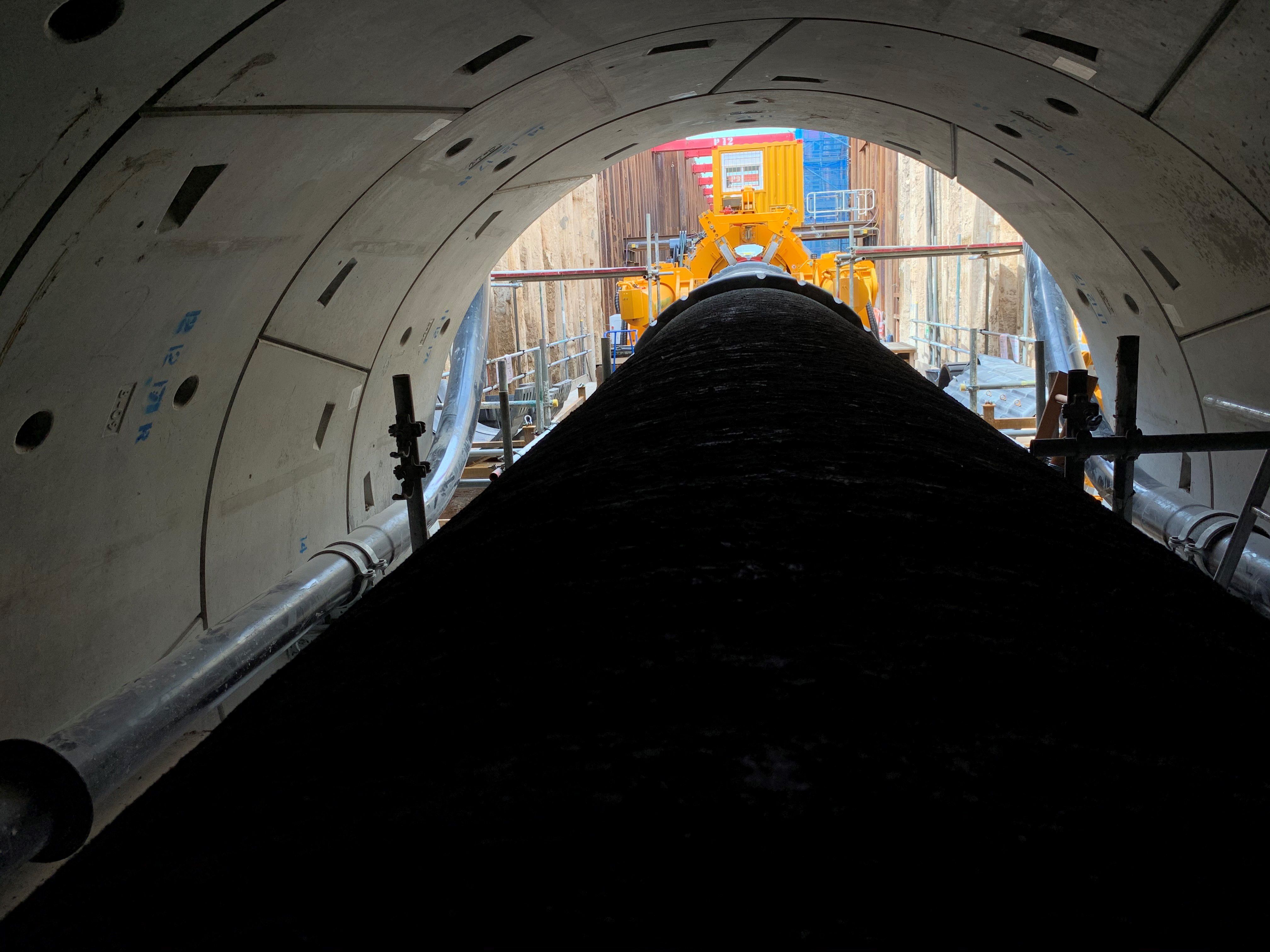 Engineering
Two of  A.Haks’ hydraulic thrusting machines pushed tight 620m long, 850t sections of pipe on rollers into the brand new tunnel (diameter 3,65m. 30m under the river).
The tunnel had been flooded at that time with 50,000 cubic metres of pure, treated water to aid the installation – that’s enough to fill 16 Olympic swimming pools.

The world’s longest hydraulically inserted pipe
After one pipe section had been installed, the next one was moved into position and welded to the one in front. The push continued until all five kilometres of pipeline were fully installed on 9 July, becoming the world’s longest hydraulically inserted pipe. The next and final stage in the project will be to connect the pipeline to the network, ready for gas to begin flowing through it towards the end of the year. 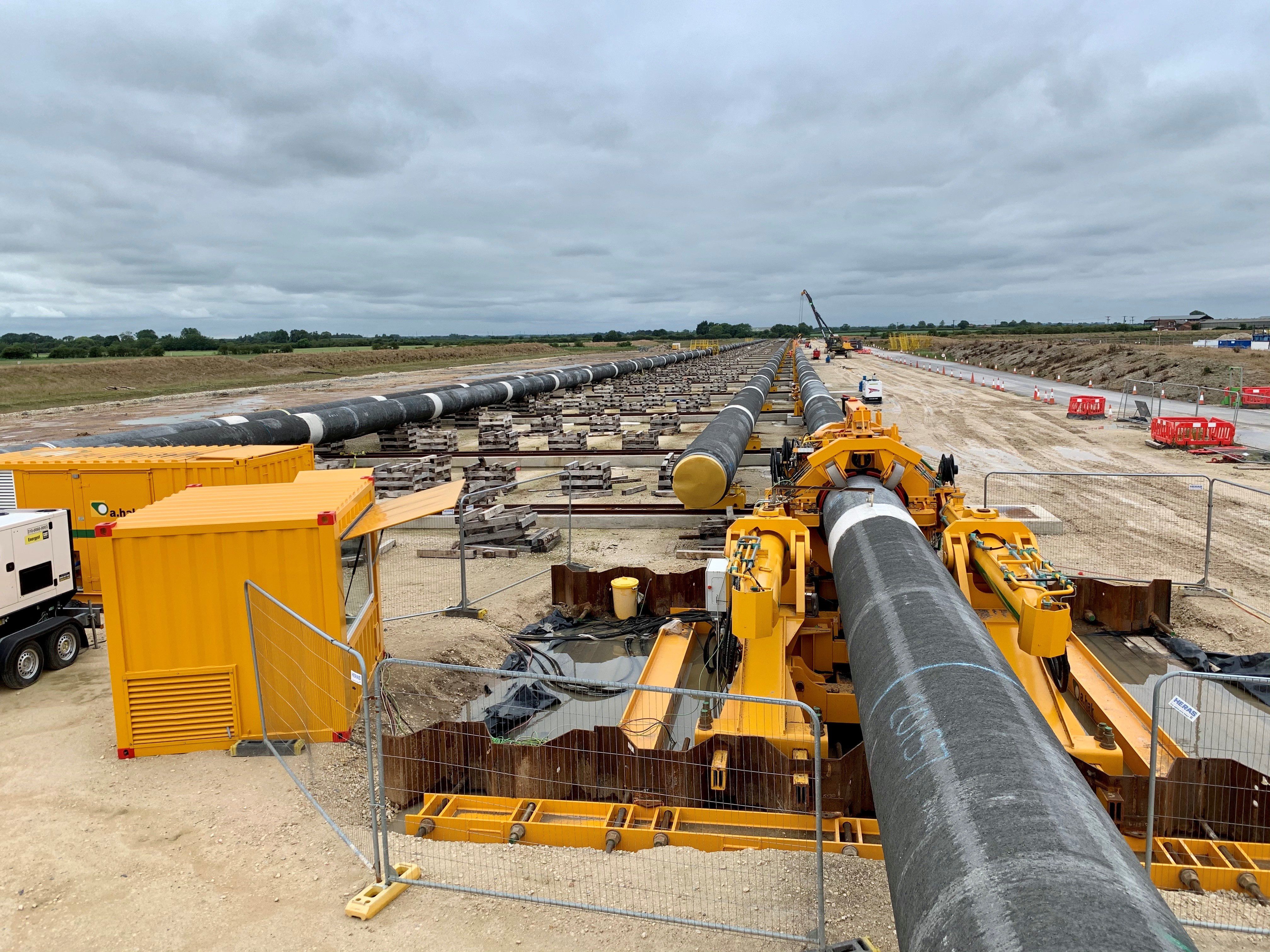 Quote Steve Ellison Sr. Project Manager National Grid: “I have been massively impressed with how the whole insertion operation has been managed from design through to completion. The engineering and thought that has gone into every element from the pipe distribution, alignment, pipe movement system through to the insertion design and process is second to none. The commitment from the team including some who have been away from home for a long period is commendable. Well done!”