A.Hak constructed two thirds of Gasunie’s gas transport pipeline between Beverwijk and Wijngaarden. A project that can justifiably be called a work of extremes. 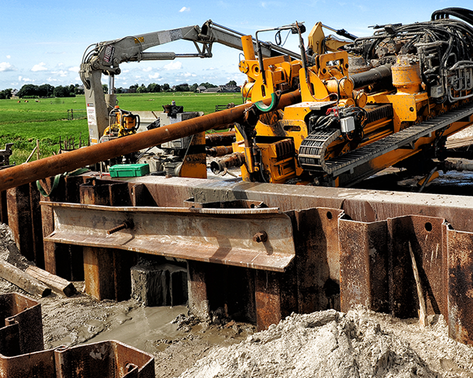 Work was carried out in densely populated areas and on land where hardly a truck can reach it. The challenges in the field of water management and soil conditions were also great. The project film below shows how A.Hak has been able to tackle these challenges one by one.

The Beverwijk-Wijngaarden project was the final step in the construction of Gasunie's ‘gas hub’. The North-South Route, a major expansion of the gas transport network in the Netherlands, plays an important role in this. Many kilometers of extra transport pipelines and a number of new compressor stations make it attractive for traders to transport gas to and via the Netherlands. Since 2008, A.Hak has made an important contribution to the North-South Route.