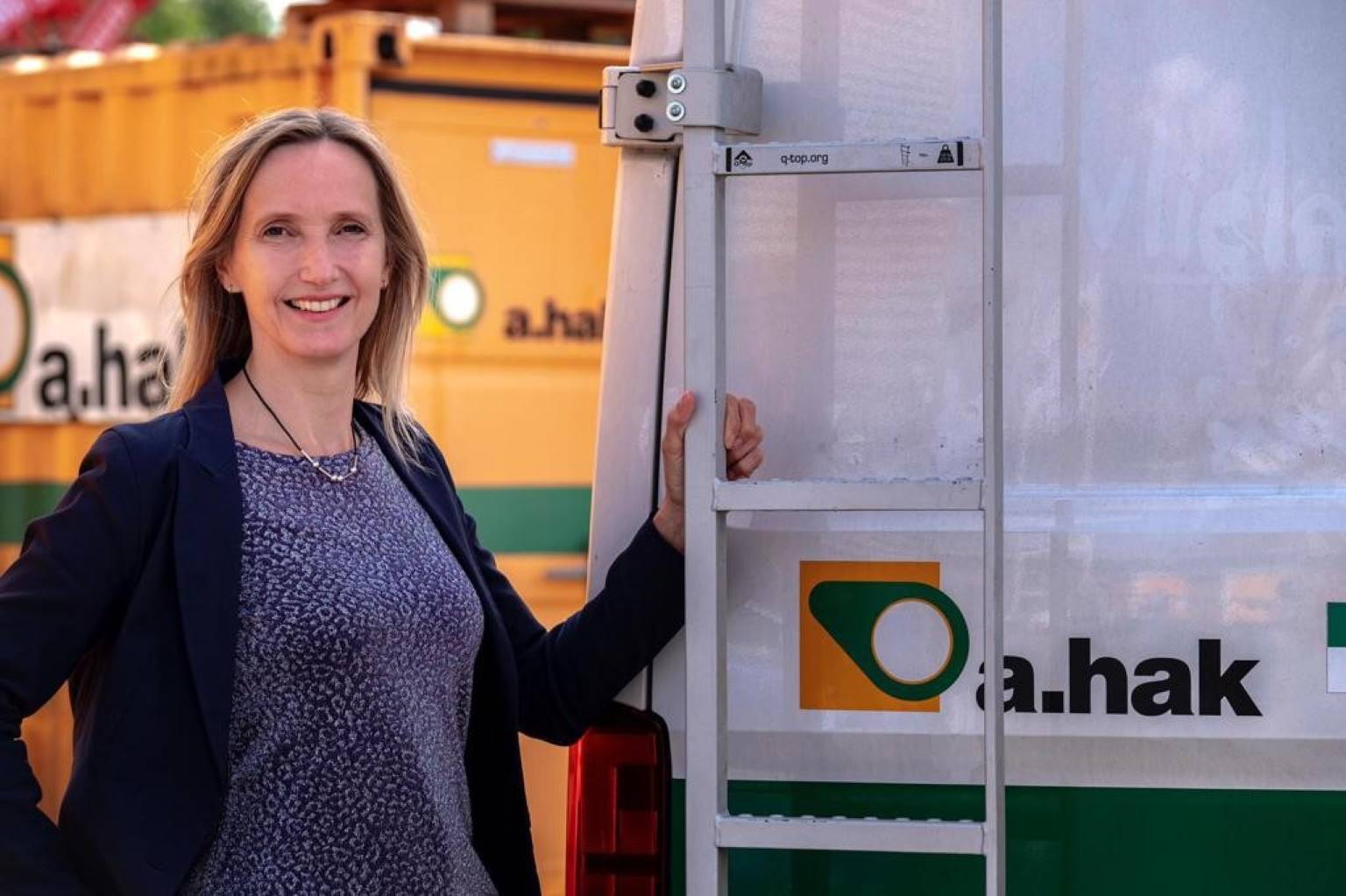 You wouldn't know if you saw her youthful appearance, but manager KAM Jacqueline den Braber has been with A.Hak for almost 35 years. Started at the age of sixteen with a predecessor of our company and always stayed with A.Hak. 'My mother always says: I have two daughters, one raised by me, the other by A.Hak.'

'I performed poorly in primary school,' says Jacqueline. 'What I did wrong at the beginning of the week, I still did wrong at the end of the week, even though I had practiced it for five days. When I started secondary school, specializing in technical subjects, everything went fine. But when I considered to continue to a more advanced level I knew that the general theoretical courses would prove to be difficult. Right at that time, my father asked me to take a drill to a repair shop. I got to talk to the shop owner. He said: "You know what, why don't you come over and repair it yourself? I'll explain to you how it's done." Not much later he offered me a job for the Friday afternoon.'

That company was Van Essen BV and at the age of sixteen Jacqueline started working there fulltime. When Van Essen was acquired by A.Hak in the nineties, Jacqueline was "part of the deal". Over the years, she has held various positions: technical draftsman, calculator, work planner and since 2011 manager QHSE. In this role, she manages six QHSE coordinators in the field. Jacqueline is also responsible for external audits and client audits and contributes to the formulation of our QHSE policy.

‘Every time when I was asked to apply for a better position in the company, I’d say "If you think I can do it, I'll do it." But I always wanted to have the option to go back to my old job. Maybe that's because I wasn't such a good student. But A.Hak has always placed their trust in me. I am very grateful for that. We really are a team, it's a company where I feel safe. This gives me the courage to take new steps and make mistakes. We solve them together if necessary. At A.Hak, I just really feel at home.

Over the years, Jacqueline has developed personally; by attending content-related courses, but above all through her experience. At the moment she is mainly coaching her team, which consists of six people. ‘We are always working together to grow, to become better. For example, if an audit reveals that we need to improve something, I will immediately draw up a plan of action and get to work. The next year, it's solved. Together we want A.Hak to be better and safer. And we don't give up if it's a bit of a hitch.’

Jacqueline thinks it's typical for A.Hak to be down to earth. ‘Most of pour staff consists of modest, down to earth people. We are hard workers who want to deliver quality for our customers. But when I’m driving on the highway and I see my colleagues perform a horizontal drilling or lay a pipeline, I would like to stop right there and have a look. It makes me proud to see what we can do with our technology.’